In 2021, secure hard drive destruction and disposal may be more important than it’s ever been. The world we live in is becoming increasingly more technologically dependent. There’s hardly a single business that doesn’t rely on computers for some aspect of their day to day operations. Especially during the pandemic, nearly every business has adapted to some form of e-commerce or virtual interaction. 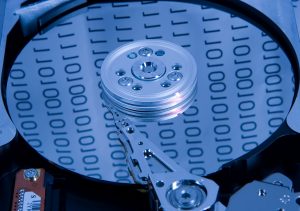 What does this mean? It means that our machines are storing more and more sensitive information. This also means that securely and properly disposing of these devices is critical. The fact is, simple erasure methods and reformatting are no longer enough to keep your personal and enterprise data safe. We spoke to two experts in the field of IT and computer security about this subject. The consensus seems to be that hard drive destruction is the only way to be 100% sure that the information on these drives is gone forever. Watch the video below to see what the experts have to say.

We’ve already written extensively about the fact that when you delete something from your computer, that doesn’t mean it’s gone forever. Both of our experts agree on this. In fact, Pieter VanIperen is quick to point out that deleting files from your computer only marks the files as “unwanted”. Meaning that retrieving those files is easy if you know where to look. Oftentimes without even needing additional software.

At the University level where Zach Montoya works, he says that hard drives need to be written-over multiple times before that data is considered erased. It’s effective, but both experts agree that the only way to be positively certain that no data is retrievable is physically destroying the drive. 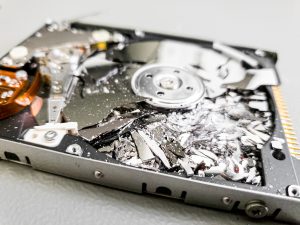 There are a number of ways to “delete” data off of used hard drives. Many organizations use overwrite programs to delete information by erasing and overwriting multiple times. However, as both Zach and Pieter point out, there is still the small possibility that a piece of data may be left behind. That “sliver of data could potentially be a name and a social security number.”

Even degaussing, which actually demagnetizes the drive, isn’t a fool proof method either. Although it’s much more difficult, there are various methods that exist to still retrieve that data. Pieter mentions that since hard drives have become so valuable in the world of law enforcement and intelligence gathering, there’s a “war chest” of tools available to access that data as long as the drive still exists. In fact, a recent communication from i-Sigma recommends degaussing before physical destruction just to add another level of security. 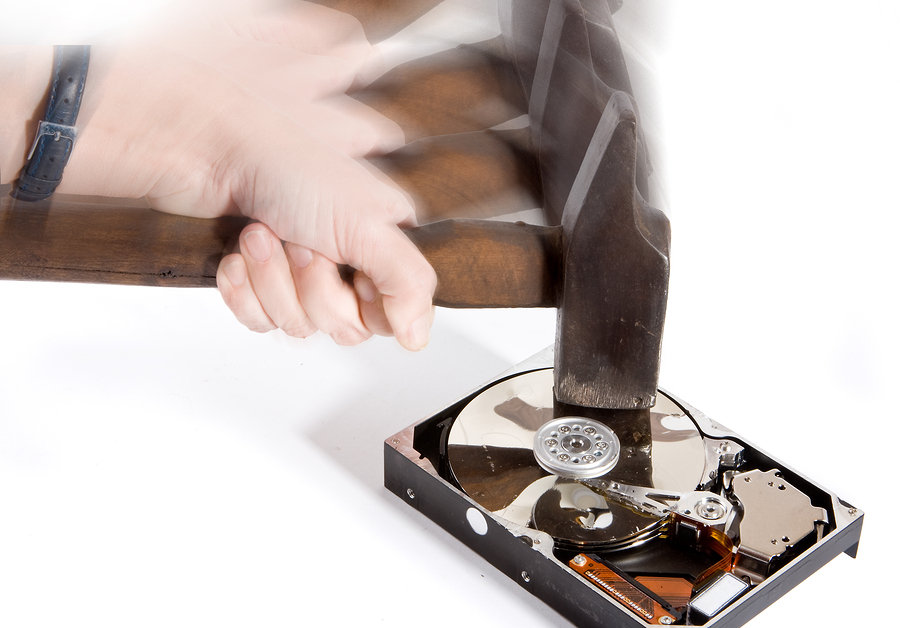 Another popular method of hard drive “destruction” seen on television is to drill a hole in a hard drive. Pieter laughed at this notion, stating that “yeah, it destroys one part of the drive” but the rest of the data on the platters remains intact. Zach also points out that although these do-it-yourself methods of destruction are better than nothing at all, trusting your disposal to a reputable company is far superior and likely cheaper than the consequences.

Both of our experts agree that e-recycling is a great idea, but to make sure that you handle your hardware appropriately. There are many reputable outlets that can e-recycle your machines, but it’s always a good idea to wipe or erase your hard drive before doing so. Most of these companies will do that for you regardless, but it’s a good idea to do it yourself first with a brief reformat. 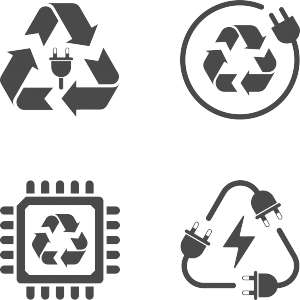 Reformatting can add a layer of protection, but Pieter points out that this by itself is not enough if someone really wants that data. A study conducted by MIT several years ago saw that almost 74% of drives purchased off of ebay still had retrievable data on them. A startling statistic since it’s unknown how sensitive that data could be. Zach occasionally buys old hard drives on ebay and he mentioned that in his personal experience, roughly 50% of the drives still contain retrievable data. Both experts agree that hiring a reputable company to destroy your data as well as recycle your machines is the best way to go.

Computers, cell phones, and most other electronic devices can be recycled and reused. They also contain precious metals, and all manner of hazardous materials that should never be left in a landfill. E-recycling is a great practice that both of the experts fully endorse. Just make sure you’ve done your homework. Pieter says “it’s great, you may be putting a computer in a kid’s hands, but you may also be putting your tax records into the hands of someone who knows that kid”.

Destruction is Your Best Method

As stated earlier, every expert we spoke with agrees that physical destruction of your hard drive is the only way to be 100% certain that the information contained within is destroyed permanently. Shred Nations partners with industry leading specialists capable of handling all of your data destruction and e-recycling needs. 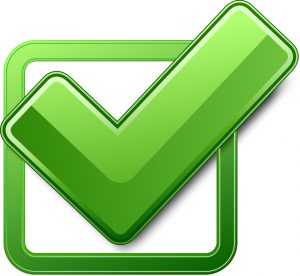 Our partners will collect and dispose of your electronic devices to the highest industry standards, meeting or exceeding all NAID and EPA protocols. Any parts that don’t store data can then be sorted, discarded, or recycled making sure that they aren’t a harm to the environment. Contact Shred Nations today by calling (800) 747-3365, filling out the form on this page, or clicking the live chat button. You’ll receive free, no obligation quotes in minutes with industry professionals in your area that will ensure your hard drives are destroyed properly.