The Real-Life Consequences of Identity Theft

Identity theft is one of the most common forms of cybercrime taking hold across the nation today. In fact, a recent study by the FTC estimates a 113% increase in identity theft since 2019. Rising unemployment rates due to the pandemic have only been adding fuel to the fire. As these figures continue to rise, identity thieves seized the opportunity to scam roughly $36 billion in unemployment payments from American workers last year alone. As Congress continues to pass legislation getting money to unemployed workers, criminals are finding new ways of getting their hands on that money as well.

Contributing to the rise in several types of identity theft, is the act of mail theft and document theft. Mail, even junk mail, contains a wide array of personal information that thieves can use to perpetrate their crimes. The EPA estimates that four million tons of junk mail are produced annually. Even worse, 50% of that mail is unsolicited. Many people are quick to throw these unwanted documents in the trash as soon as they receive them, rather than have them securely shredded.

Shred Nations recently sat down with Jamie from Philadelphia, a real-life victim of identity theft. Although Jamie wasn’t the victim of mail theft, his story does involve the theft of sensitive documents from work. This is his story.

Identity Theft Comes in a Variety of Forms

What many people don’t know is that identity theft can happen in a variety of ways. According to experian.com, there are roughly 20 different types of identity theft that exist today. Jamie’s story isn’t new, and is continuing to become more common. The fastest growing type of identity theft is exactly what he experienced, synthetic identity theft.

Even though it sounds quite sophisticated, the process itself is actually quite simple. In its most basic form, a thief is able to cobble together a new identity utilizing a combination of real and fake information. As Jamie mentioned, information was stolen from several different people in his office complex. Just a few small bits of personal information, and the thieves were off to the races. 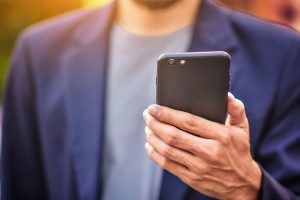 “They don’t need much,” Jamie says. The experian.com report mentions that victims often find out about these crimes when they start receiving phone calls or emails about accounts they’ve opened, or in Jamie’s case, a series of collection calls. “To this day I get phone calls for a Robert [redacted]. They say that I owe him money, or he owes them. I don’t know what he did, but to this day I get collection calls for Robert.” 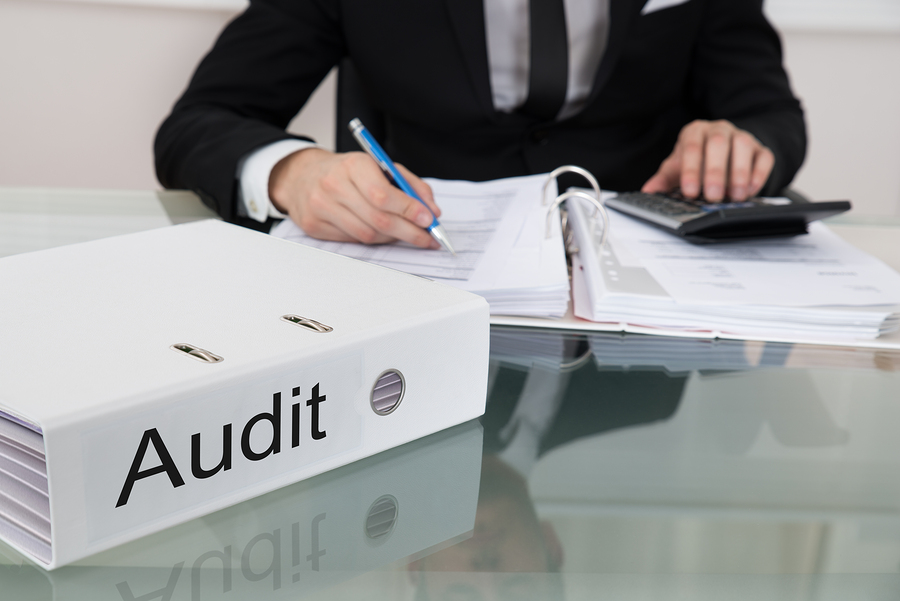 The most startling piece of information to come out of Jamie’s story, was the thieves’ attempt at tax fraud. It turns out that in this particular case, they filed or attempted to file tax returns on behalf of Jamie and several other people in his building. In one of these cases, Jamie explains “the woman downstairs actually had the cops come to her house, because her check had already gone out and it looked like she was trying to double-dip.” A few days later, when Jamie went to file his taxes, he was told that it looked like he had already done so. Since his check hadn’t yet gone out, he was able to contact the IRS and begin the process of straightening things out.

Unfortunately, this process would cost Jamie and his wife some serious time and money. “We spent almost ten grand in lawyers fees, just to get the taxes fixed”. The IRS was at one point accusing them of being the thieves, so Jamie reiterated that this isn’t just a simple fix. “You have to get a lawyer. You have to have someone who knows how to prove that you are who you are.”

Luckily, there are a number of steps you can take to protect yourself. First and foremost, shred any sensitive documents you no longer need. If you’re unable to do so immediately, it’s best to come up with an organized system until the time comes that you are able to shred them. This step is crucial, and must be thoroughly explained to everyone in the company or household. As careful as Jamie was, some documents still ended up in places that they were easily accessible to thieves. 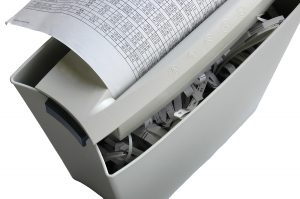 Jamie eventually bought a personal shredder for his home and office, but he admits that if his company was any larger, he’d hire an on-site shredding company to dispose of his documents in person. “The amount of paperwork that goes through even a small business, with the amount of information on it, if it went to people that knew what they were doing…you definitely need to take some kind of protocol.”

Shred Nations offers a variety of destruction services, and they may be more affordable than you think. From on-site shredding to off-site, even ship ‘n’ shred and scheduled shredding, these costs pale in comparison to the cost of fighting identity theft or corporate data breaches. From one of our previous interviews, cybersecurity CEO Chase Norlin, mentioned that 60% of businesses that experience data breaches go out of business within six months.

Don’t Wait Until it’s Too Late 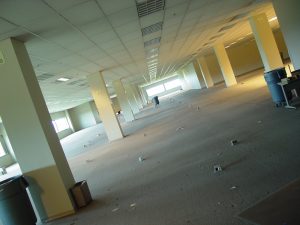 Being the owner of a company that installs office furniture, Jamie confirmed that the above statistic is “absolutely true”. He went on to elaborate “we have lost clients because they’ve had data breaches, and within half a year their building is empty and we’re putting in furniture for a new client.”

Don’t wait until it’s too late, or think that it can’t happen to you. This story illustrates that even though Jamie and his employees were being extra careful, mistakes can still happen. The cost of having documents securely shredded, significantly outweighs the cost of fixing a data breach.

Get Free Estimates on Document Shredding Near You

Shred Nations is partnered with an extensive network of shredding professionals, ready to take on any size shredding project. To get free, no-obligation quotes on shredding for your home or business, Give us a call at (800) 747-3365 or fill out the form on the page.