At Shred Nations, a question we’re frequently asked about is the practice of burning paper documents at home. This act is not only extremely unsafe, and in most cases illegal, it also poses serious environmental risks.

In an effort to reduce these dangerous practices, we’ve spoken to Chuck Altvater from the Colorado Division of Fire Prevention and Control (DFPC). In addition to being a 21 year army veteran, Chuck has worked as a firefighter, EMT, and he’s currently the Professional Development Unit Chief and Community Risk Reduction Officer at DFPC. Don’t just take it from us, the experts have made it clear that burning paper waste is not a good idea.

PLEASE NOTE: THE DFPC AND CHUCK ALTVATER DO NOT ENDORSE, ADVOCATE, OR RECOMMEND ANY PARTICULAR SERVICE, COMPANY, OR PRODUCT. HIS INSIGHTS ARE MEANT TO BE PURELY INFORMATIONAL REGARDING THE DANGERS OF BURNING PAPER.

The simple act of burning paper documents at home is, in a word, dangerous. Home fireplaces, wood stoves, and backyard incinerators are not meant to burn paper. Modern paper contains many harmful chemicals like plastics, varnishes, and even formaldehyde. When burned, these chemicals can be released into the atmosphere and cause serious health problems for anyone who breathes them in. Although these chemicals make the paper look nice and last a long time, they need to be disposed of properly. Chuck says “if you’re burning paper, you’re basically burning plastic.” 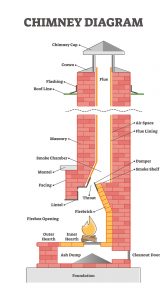 One of the most obvious and life-threatening hazards to burning paper is house fires. Between 2014-2018 the National Fire Protection Agency (NFPA) estimated an average of 353,100 house fires each year. An even more startling statistic is that almost 77% of fire deaths were associated with these house fires. Staggering statistics to say the least, especially since the U.S. Fire Administration estimates about 12% of these fires were caused by carelessness or open burning.

A slightly less obvious result of fires caused by burning paper relates to chimney fires. In addition to Chuck’s illustrious career in the fire service, he also worked as a chimney sweep for a number of years. He said “it’s normal to build up creosote as you burn wood and natural products in your fireplace or wood stove. But when you start adding those polymers and varnishes to that mix, what happens is it burns even hotter… and the odds of cracking the flue pipe increase.” Those chemicals are much more combustible than just your average creosote from normal wood fires. He added “if the flue pipe cracks… gases, flame, and smoke can escape from the flue and get into the attic. That’s usually when you’ve developed a roof fire or an attic fire, because of the chimney fire.”

These fumes and toxic gasses can even escape into the home, and they’re extremely deadly when inhaled. Chuck went on to mention “part of the reason we now change and wash our bunker gear between every fire, is to get rid of those carcinogens that are created when plastic burns.” Chemicals and known carcinogens can attach themselves to clothes and fabrics, potentially leading to cancer later in life. 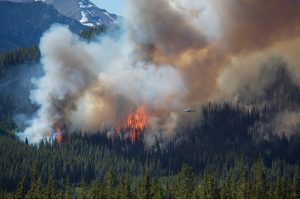 In places like Colorado or California, burning paper also poses serious risks for wildfires. Many people aren’t aware that embers from burning paper can travel a long way before being extinguished. “The embers of paper will be carried aloft through convection, and they can be carried a quarter mile up to about a mile away just on a normal, fairly calm day.” Chuck remembered the 2002 Hayman fire in Colorado which at one point was actually the state’s largest wildfire, and is still ranked fourth in state history. “Everyone probably recalls the Hayman fire back in 2002. That was caused by a person burning a letter.” The resulting damage was over $40 million in property damage, 133 homes lost, and around 138,111 acres burned. Six Oregon firefighters also lost their lives as an indirect result of the fire. All this damage caused by one single letter being burned.

Penalties for Causing a Fire (Even Unintentional) 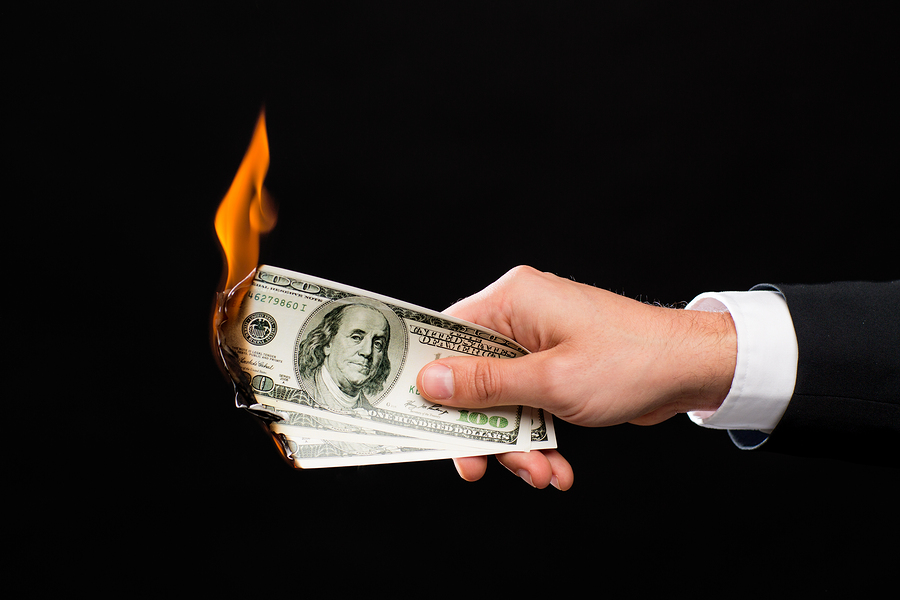 Although loss of life and property are the largest concerns for most, something that people often overlook are the penalties associated with causing a fire. Even if that fire was caused unintentionally. In most cases, these unintentional fires are considered arson by law enforcement. In Colorado, “if your fire gets away from you and burns a building, that’s first-degree arson and that actually carries a penalty of up to 12 years in prison, a $750,000 fine or both. If the fire gets away from you and causes any kind of a vegetation fire, whether it’s just a small spot fire or a large wildfire that involves, you know weeks of firefighting, that’s second-degree arson and that’s up to six years in prison with a $500,000 fine.” The penalties are substantial, and easily avoidable by having documents securely shredded. Chuck wanted to make clear “the key thing to remember there is even though you didn’t mean to set that big fire, if you lit one piece of paper and it got away from you, that is the act of arson.” 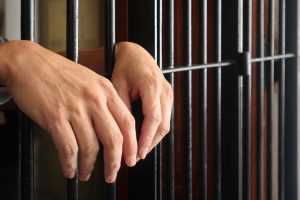 Chuck added that “if it causes anybody to be hurt or killed, that’s fourth-degree arson and that charge would be added to any other charges like manslaughter, homicide, or reckless endangerment that the person might be charged with.” Chuck again mentioned the 2002 Hayman fire “for example, six firefighters from Oregon were killed in a wreck driving to the fire from Oregon to help put out the fire, and that became six counts of manslaughter in addition to six counts of 4th degree arson.”

The fact is, burning paper is simply not a viable option. This even includes home incinerators, which Chuck said are not safe or environmentally friendly options for destroying paper. “I’ve seen some of these incinerators that are advertised online and they’re essentially fancy burn barrels. They’re a steel structure with a lot of holes in them, but they don’t burn the contents as well as industrial incinerators, which incorporate a re-burning device to actually introduce air into the gases and smoke from the first burn and burn it a second time. Industrial incinerators also capture any of those gases and waste so they don’t become an environmental problem.”

Conclusions from the Experts 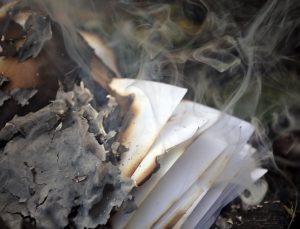 Your safety should be of the utmost concern, but the legality of burning paper is also a very serious consideration. Experts in fire service, law enforcement, and even data management agree that the only way to safely dispose of paper records is to have them securely shredded. This will ensure that the information and physical paper is destroyed in accordance with all data compliances, as well as applicable laws in your area. Fire is unpredictable, and burning it is even more so. In addition to concerns for physical safety, burning large amounts of paper may not even destroy the information you’re trying to protect. It’s difficult for oxygen to make its way between the pages, often leaving sensitive information intact following the burning process.

Whatever document destruction services may be right for you, Shred Nations can connect you with professionals in your area to help keep your information secure. Not only will secure shredding keep your information safe, it will also keep you and your loved ones safe from unintended consequences of attempting to burn documents.

Get Free Estimates on Document Shredding Near You

Give us a call at (800) 747-3365, fill out the form on this page, or contact us directly using our live chat for free quotes on shredding providers near you. You’ll receive a free, no-obligation quote in minutes from top professionals in your area. Don’t take any unnecessary risks, destroy your documents properly.